As far as mobile environments are concerned, there are two tech giants locked in a battle, not only for the sake of revenue, but also for winning the hearts and minds of developers and consumers. They are obviously Google and Apple. The mobile operating system offered by Google is Android along with the Google Play Store, whereas Apple offers iOS along with the Apple App Store.

While creating a mobile app, the developers must make a decision as to which device to use – iOS or Android, or whether to create two versions of their app.It is difficult for them to make a choice while taking these app stores into consideration. They are both very different platforms to market and sell apps, each with its own advantages and disadvantages.In this article, we will look at both the mobile application developing platforms to get a clear idea of which would suit developers best. 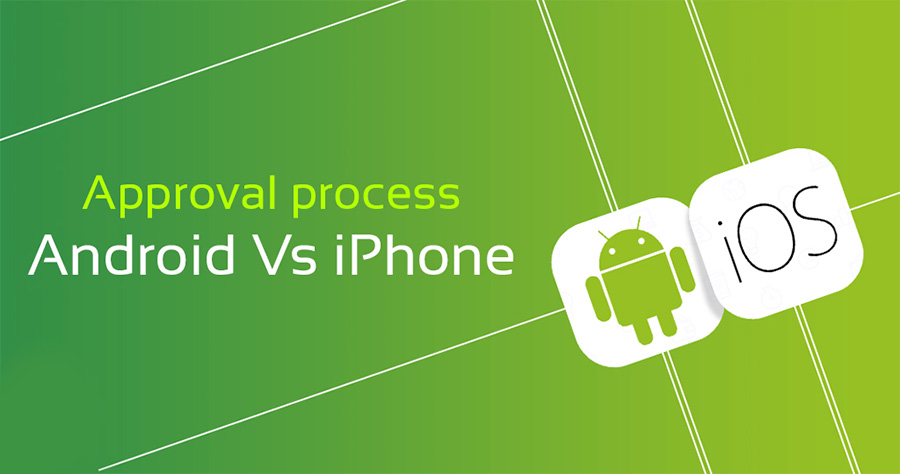 App Store: When you develop an app for the iOS App Store, the biggest concern that the developers face is getting their app approved. It is not a cake walk to get your app into the App Store. The apps can get rejected on grounds of the slightest of errors and can be very frustrating for developers who have solid ideas about the appearance and functioning of their apps.This is why the developers need to take considerate amount of time to ensure that their apps are good enough to fit into Apple’s standards and rules.

On the first try, most apps are likely to be rejected, but that is not necessarily a bad thing. There is an app review team at theApp Store which gives the developer a feedback as to why their app did not make the store. This might frustrate the developer at first, but it will also make them more skilled at creating mobile apps.

Google Play Store: As far as Google Play Store is concerned, getting an app into it is a much easier process. The apps on the Android app platform have a comparatively low chance of being rejected. This will curb the frustration the App Store developers face and will give developers plenty of opportunities to experiment with their ideas.However, the biggest con to the freedom is that it will increase the chances of bug-filled apps to head out to users and cause frustration on their end as well as security concerns. It also makes it more difficult to stand out in an ocean of so many apps.  The apps on Google Store do not get the same kind of feedback as the ones at the App Store provide, therefore, the apps will not always succeed.

App Store: The App Store offers developers a lot of visibility. Once you've passed the difficult approval barrier, you stand a good chance of promoting your appsthroughmultiple channels, for instance, being showcased on the Popular App category, App of the Week, and much more.

Maintaining a constant amount of visibility, however, can be grueling. With such high cut-throat competition and newer and more exciting apps coming in all the time, developers need to use their creativity to the maximum to stand out of the crowd.

Most of your app’s visibility depends on reaching your right target audience. When an app is submitted to the iOS App Store, you go through the various keywords that are relevant to your app in the submission form. A user performing a search will have to look for one of those keywords to find your app. This will come in handy if certain keywords are obvious and are relevant to your app, but if these keywords do not match, then it might affect your site’s visibility right away.

Google Play Store:Once a developer’s app goes live on the Google Play Store, they can put effort to build a customer base that provides an efficient customer service, updates, and, of course, an app that provides the clients a desirable service. However, similar to the App Store, being visible in a multitude of apps can be a daunting task as well.

The play Store model of Google does not depend on the keyword that you select. If a user searches for a particular term, then the Google Play Store will act more like a search engine, where it will match a query with everything from an app’s name to the description it holds. This will conveniently improve the visibility of your app on Play Store.

Note: The Android platform and its Play Store are highly fragmented due to the presence of plenty of manufacturers and devices, which is an issue the Android developers should keep in mind.

App Store: When you enlist as an App store developer, you will have to pay $99 per year. You will also get a large number of developer resources at your disposal.The developer will receive 70 percent of the sales of the app. This means that the more popular your app is, the more money you will make.

Note: More than $100 billion dollars were paid to developers since the App Store was created in 2008.

As far as Google Play Store is concerned, the app description section gets twice as many taps on the Read More button when compared to the App Store. If you have been accessing Google Play Store from your smartphone, then description will always be shown above the image gallery or screenshots, thereby making the “Read More” button too visible. However, in the case of App Store, the first two lines are necessary in the case of the newer iPhone sizes, as they have bigger screens due to which the description app appears above the field.

Google Play Store has an image gallery beneath the fold where the users are 27% likely to scroll through the image gallery or screenshots. In iOS, the most important aspect of the screen is the image gallery, thereby enabling visitors to interact with the gallery items.

The app video play time in Google Play Store is lower when compared to App Store. The visitors are more likely to interact and play the video but not necessarily finish them.On the other hand, on App Store, the visitors are expected to complete playing the video because Apple has made 15- 30 sec length mandatory for playing videos.

Most iOS applications work smoothly on iPad and iPhonedevices, but several apps are built for smartphones and the rest for iPad tablets only.Android OS powers a large number of smartphone and tablets that operate different RAMs, CPUs and other hardware configurations.This is one of the reasons why the Android app developers need to do more customization, optimization and scaling to fit the multiple devices better.

Most people believe that App Store is much safer than Google Play Store. This is partly true because App Store takes considerable amount of time before reviewing any application and then uploading the same on the main platform.The scrutiny criteria have been set with a really high standard and that is why it is taking so much time to review it. Google Play Store also consists of low-quality apps, as the review and uploading process are not as complex as App Store’s.

The big players in the tech field are the iOS App Store and the Google Play Store. They both have wide audiences and popular platforms and both have formed excellent developer resources and user bases.

In spite of having a long, stretched-out approval process and immense competition, the App Store is a good investment for developers, along with a reasonable registration fee and a good percentage of sales paid to the developer.The developers at Google Play Store enjoy a speedy approval process as it is quite affordable to submit apps.Both these apps have wide audiences, ensure good visibility for your app, but you need to work quite hard to make money with a Google Play Store app, as most Android users prefer free apps. Owing to this reason, many developers opt to launch an app first on the App Store and then go on to create an Android version if all goes well.